MEET THE TEAM BEHIND SASRIM

I am Lecturer in Musicology at Stellenbosch University and hold degrees in music and musicology from the universities of Pretoria, Stellenbosch, and Oxford. My research interests centre on music, violence, decolonial thought, and discourses of apartheid and colonialism. I have published locally and internationally, and am motivated to think, write, and teach at the intersections of music, politics, and those questions that render our present precarious and unequal. My latest publications can be read here,  here, and here. 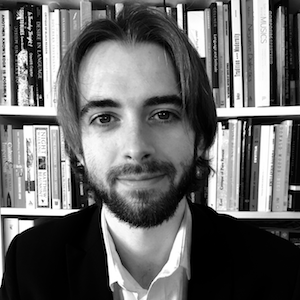 I am a lecturer at Rhodes University’s Department of Music and Musicology. My PhD thesis at Royal Holloway, University of London considered notions of musical modernism in post-apartheid South Africa. My work foregrounds interpretation as a method. I am interested in issues of decoloniality, music and philosophy, and more focused analytical work on the music of South African composers. 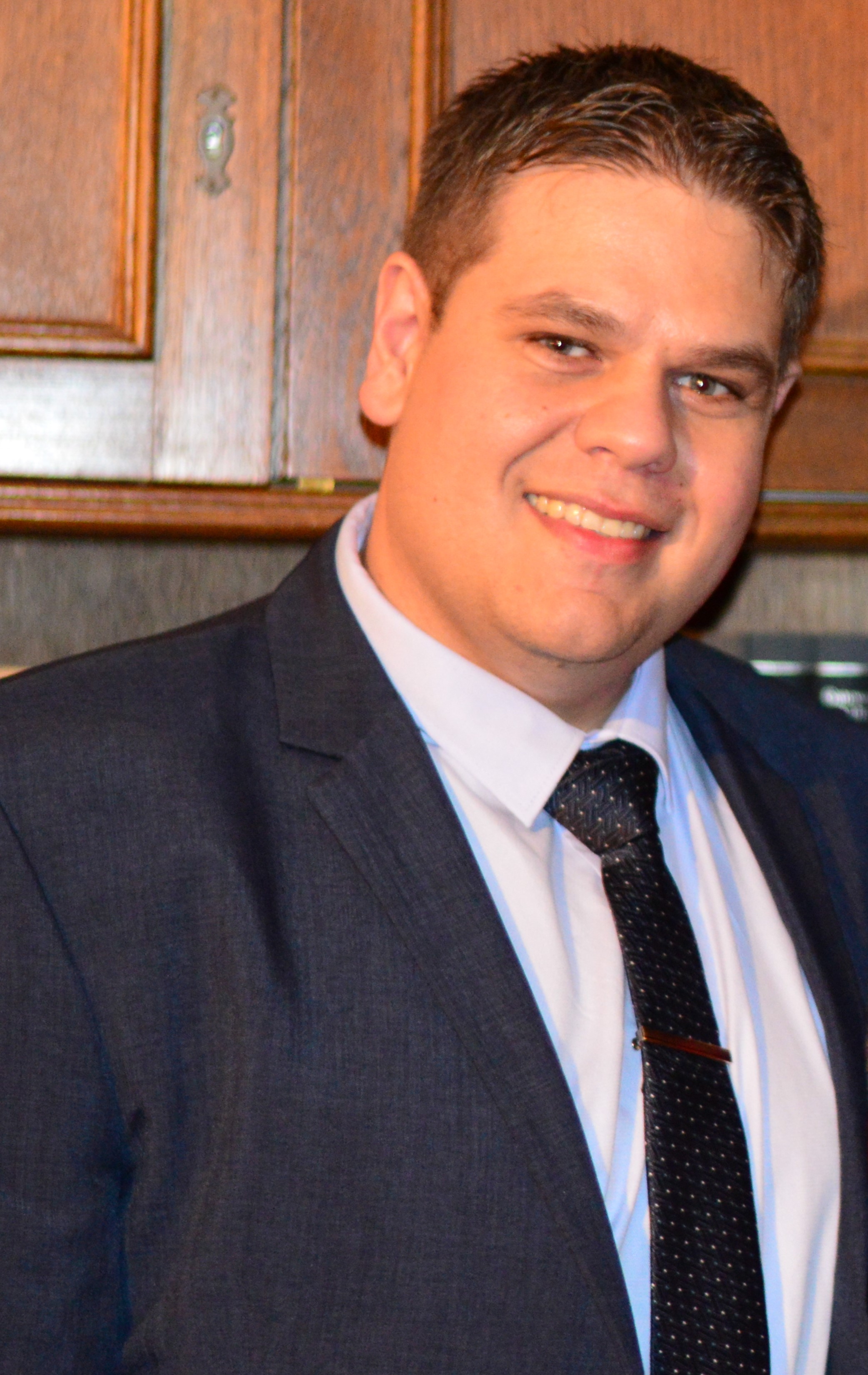 Jaco Meyer is a composer and musicologist based in Johannesburg. He completed his PhD at the North-West University on research about musical forces and an FTCL in composition at the Trinity College of London. He presented several research papers at both national and international conferences of SASRIM, ICTM, SysMus and PASMAE on his research, of which some were also published in journals and conference proceedings. As a composer, he had much success with several commissions, performances, recordings and publications of his music. His music was performed at concerts such as the South African Music Concert, Young Composers Concert and Fresh Connections Concert. Several of his compositions were performed internationally and by international artists such as the Chamber Music Company of London, the Groesbeeks Gemengd Koor (Netherlands), Duo Montagnard (USA), and the Antwerp Symphony Orchestra (Belgium). Jaco promotes interdisciplinary research and artistic collaborations, and actively continues his research in music theory, composition, and perception.

Ignatia “Iggy” Madalane holds a BMus degree and an MA in music research from the University of the Witwatersrand with a dissertation titled, “Ximatsatsa: Exploring Genre in Contemporary Tsonga Popular Music.” Her article, ‘Tsonga Popular Music: Negotiating Ethnic identity in ‘Global’ Music Practices’, appears in the Journal of Musical Arts in Africa (2014). ‘From Paul to Penny: The Emergence and Development of Tsonga Disco (1985-1990s)’ is currently (2015) in print with the African Music Journal. Her research interests also include issues of gender and identity in popular music studies.

Between 2010 and 2011, Iggy completed a Music Librarian internship with the SABC. In 2011 she was awarded a certificate for participating in a Tutoring Workshop at Wits. Together with her former colleagues from Wits, Iggy won the Faculty of Humanities Team Teaching award in 2013. Iggy also has a Certificate in Business Practice from Pretoria Technikon (now Tshwane University of Technology).

Iggy currently lectures undergraduate modules in music history and society at the University of South Africa (UNISA). She is also a singer/songwriter, and performer. Not only does she work as a solo performer/recording artist, she has also worked with various artists including award winning SA gospel artist Benjamin Dube, renowned pianist Jill Richards, Sankofa Marimba Band, composer Philip Miller, and Pedro Espi Sancis. Her single is available online and is titled ‘Swiringene’. In 2010, she travelled with Sankofa to Mexico to represent South Africa at the International Marimba festival. Iggy has also done some collaborative work including a multimedia exhibition titled Beaches Ritual (UNISA staff exhibition, 2015) with Yvette Dunn, a dance/theatre production called Re/Naissance and Witness (2012) with Prince Totto Amani, which was loosely inspired by Justice Edwin Cameroon’s Witness to AIDS (2005) and the Rwandan 1994 genocide. In 2005 she was a participant at the South African National Youth Choir camp, conducted by the late gifted choir master and music teacher Walter Edward Butt. 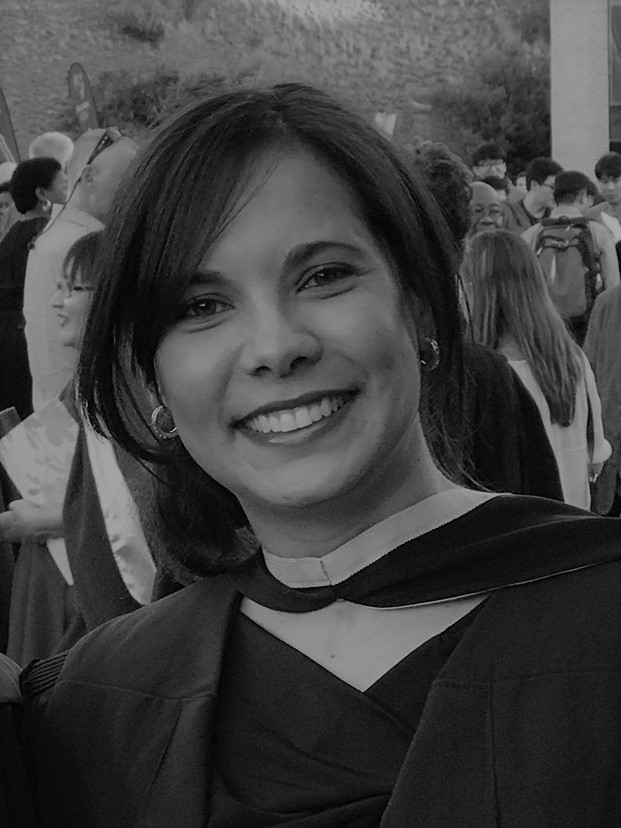 Inge Engelbrecht completed her BMus degree in 2002. She lived and worked in countries such as the United States, the United Arab Emirates and South Korea, teaching music to primary and high school students until her return to South Africa in 2008. She completed her honours degree in Music Education in 2010 at Stellenbosch University. Inge’s master’s research aimed to create an awareness of the existence of three musicians of colour who were prohibited by apartheid laws to freely express their identities as composers through furthering their training and studies in music.

She graduated cum laude in March 2017 in Musicology at Stellenbosch University and presented papers on her research at the SASRIM conference in Cape Town (2015), Bloemfontein (2016), and Potchefstroom (2017) and again in 2017 at a conference at the University of Surrey, United Kingdom. She is currently a lecturer in Musicology in the BMus, Diploma and Higher Certificate Programme and also teaches students enrolled in the Certificate Programme in Music, a bridging course for community musicians and prospective tertiary students who wish to upgrade their music literacy skills. Inge is currently engaged in research for her PhD, which is focussed on established church music practices in the South African coloured community. 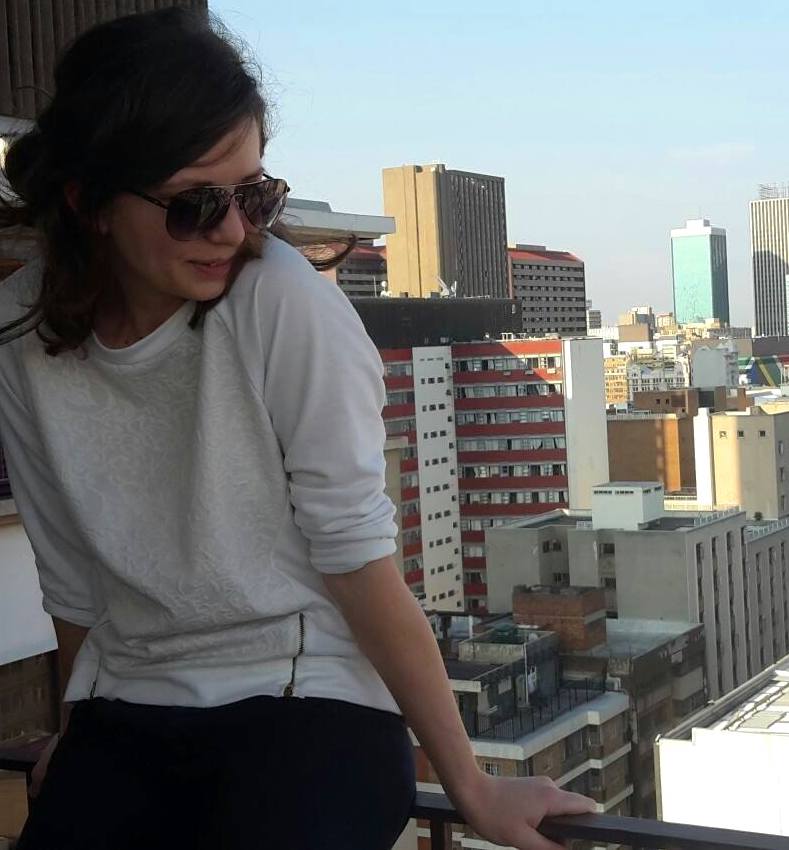 Juliana M. Pistorius is a Leverhulme Early Career Research Fellow at the University of Huddersfield. She received a DPhil in Musicology from the University of Oxford in 2018. Her research investigates opera and the politics of coloniality and decoloniality in apartheid and post-apartheid South Africa. As the managing editor of SAMUS: South African Music Studies, she takes an interest in matters of access and linguistic diversification. 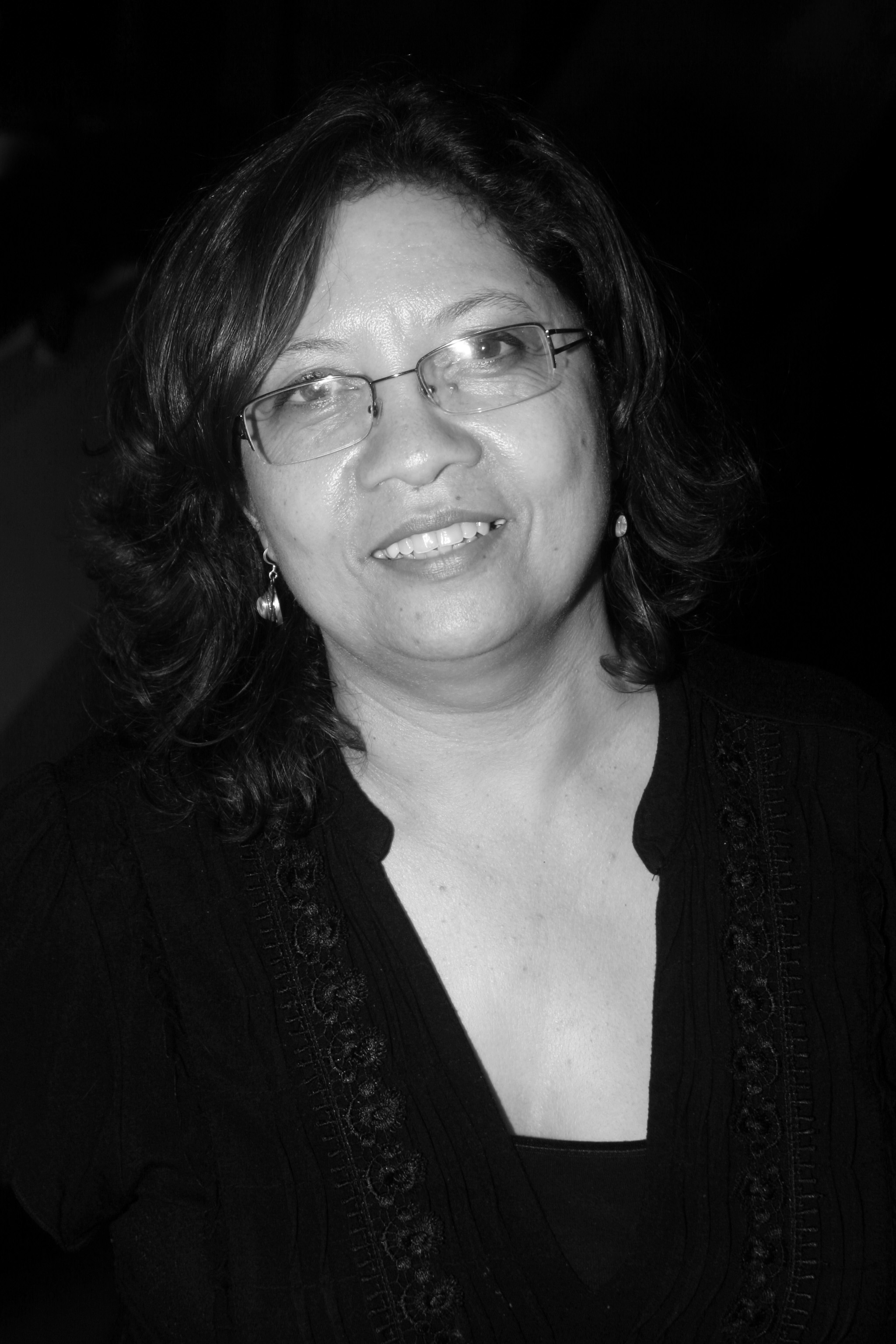 Felicia Lesch matriculated from Livingstone High School, and graduated with a BMus (Ed) degree from the University of Cape Town and a MMus from Stellenbosch University respectively. Her teaching career ranges from primary school to teacher training college and includes a long stint at Heathfield High School where she established a strong music department. Whilst in this position, she was responsible for the organisation of numerous outreach activities, including tours and events for music learners throughout South Africa and Namibia. In 2000, at the invitation of the Indonesian government, she travelled to Java in order to study the art of teaching and playing the angklung – an indigenous Indonesian instrument. In addition, she was appointed as Chief Examiner for the Western Cape Education Department Standard Grade written examination (harmony & theory) from 2000-2003. Felicia has always had strong roots in community engagement and since 1999 has been teaching at the Western Cape Music Education Project which was directed by Ronnie Samaai and which she currently manages. She was appointed at the University of Stellenbosch in 2003 and is currently the director of the Certificate Programme, the largest outreach activity in the Department of Music at SU. Under her direction, the Certificate Programme has grown to include satellite campuses, such as the campus at the Army Base in Youngsfield, Wynberg. Several significant community partnerships have also been established with among others, the Elgin Learning Foundation, Mitchell’s Plain Academy of Music and the Arts and the Athlone Academy of Music.

Felicia is also passionate about jazz education, and has been taking students to the National Youth Jazz Festival since 1999. Her involvement at the festival expanded to teaching and later to becoming a member of the selection panel for the National Schools Big Band, which she was selected to conduct in 2009. Her appointment as Lecturer in Community Music signals acknowledgement of the significant contribution of community music to our musical landscape and heralds new directions in research and teaching at the Music Department at Stellenbosch University. Highlights of her achievements at SU include the Rector’s Award for Excellence which she received in 2010 and 2014 and the establishment of Stellenbosch University Jazz band, (category and overall winner of the National Ensemble Competition 2012), which she conducts.  She is also a member of the board of Directors of the Cape Town Philharmonic Orchestra and has served as adjudicator for various competitions, eisteddfodau and cultural festivals which include the Unisa Gr 8 scholarship competition, the Tygerberg International and Kaapse Afrikaanse eisteddfodau, the Cape Malay Choir Competition, the SAMRO Overseas Scholarship Competition and the SAMRO Hubert van der Spuy National Music Competition. She is passionate about music as a vehicle for social change and remains deeply committed to those ideals.

Lizabé Lambrechts is a Volkswagen Stiftung Research Fellow at Stellenbosch University, and the Project Manager for the Hidden Years Music Archive Project (HYMAP) at the Documentation Centre for Music (DOMUS). The Hidden Years Music Archive is one of South Africa‘s most prominent collections of popular music from the late 1950s to the early 2000s that was for the most part not recorded commercially.

Her current research is focused on investigating popular music communities in South Africa through an oral history project of the musicians documented in the HYMAP collection, and extensive archival work that includes sorting and cataloguing the collection. As a curator, she strives to offer dynamic perspectives on the complexities of such collections and her exhibitions and publications reflect on the construction of the archive, memory, music and place in South Africa. 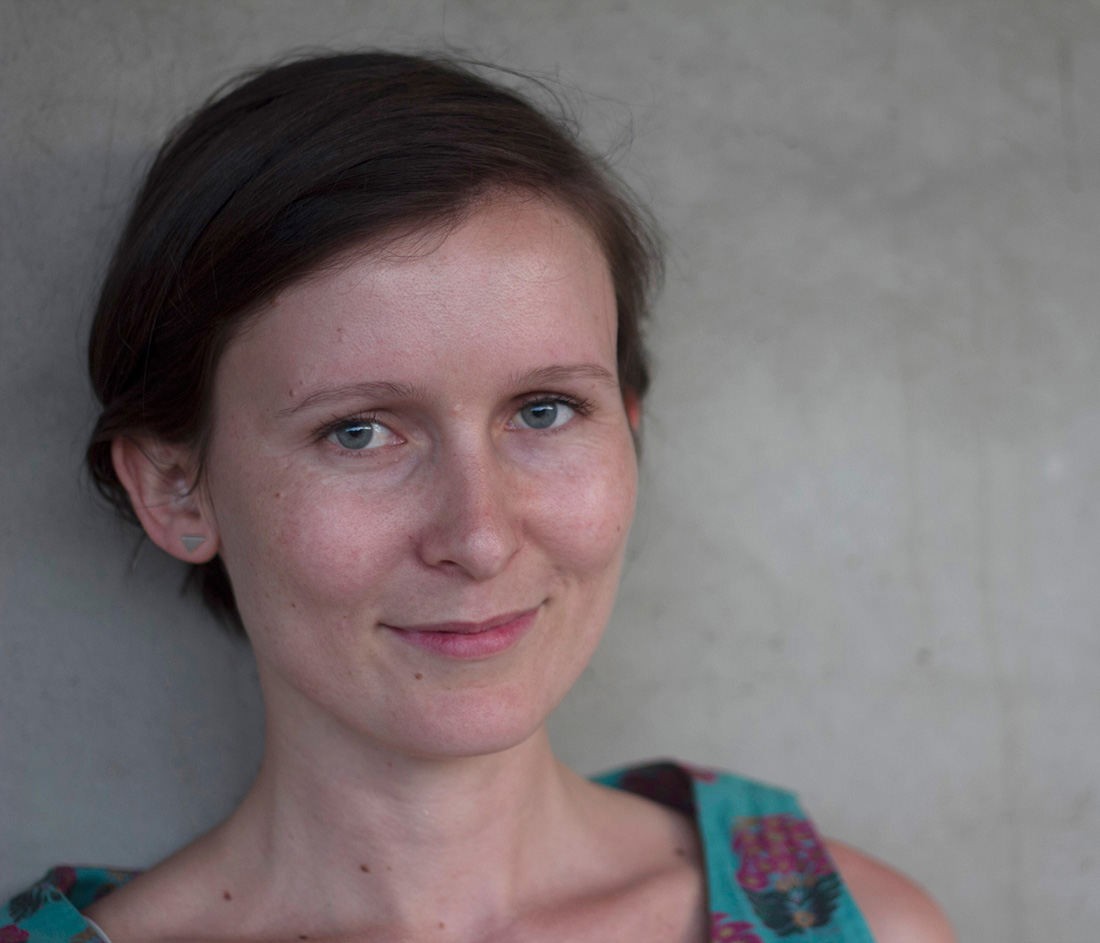 Cara Stacey is a South African musician, composer and researcher. She holds a Masters in musicology (Edinburgh University) and an MMus in musical performance (SOAS, London). Cara is a doctoral candidate at the University of Cape Town, a Commonwealth Split-Site Scholar and a NRF Freestanding Doctoral Scholar. She is a doctoral research scholar attached to the Archive and Public Culture Research Initiative at UCT.

Cara is a founding member of Inclement Quartet and collaborates with percussionist and drummer Sarathy Korwar in the project Pergola. Her album (released in September 2015, Kit Records) “Things that grow” features Shabaka Hutchings, Seb Rochford, Ruth Goller, and Crewdson. 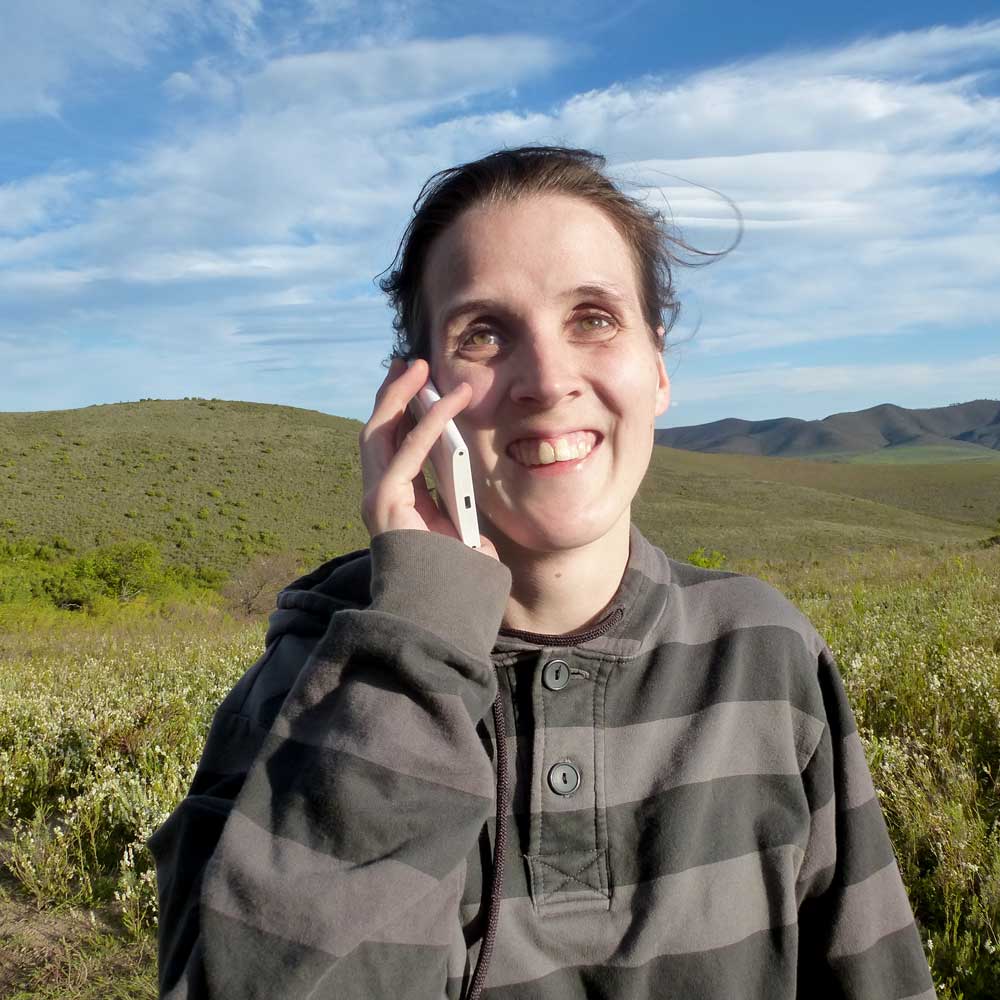 Marc Röntsch is a musicologist, guitarist and bassist from Cape Town. He holds a PhD from Stellenbosch University, and is currently an Andrew W Mellon Post-Doctoral Research Fellow at Africa Open: Institute for Music, Research and Innovation. His research focuses on the dialogical relationship between biography, archive and musicology, as well as further research interests in popular music and digital scholarly editions.

Marc is currently involved in two research projects. He is a member of the Michael Moerane Critical Edition research team led by Prof Christine Lucia, and is focusing on the creation of a digital scholarly edition of Moerane’s orchestral work “Fatse la Heso”. In addition to this, Marc is working on a monograph of Zimbabwean-born composer Christopher James. As a guitarist, Marc performs and records regularly with Cape Town progressive rock band Black Moscow, as well as in various session contexts. 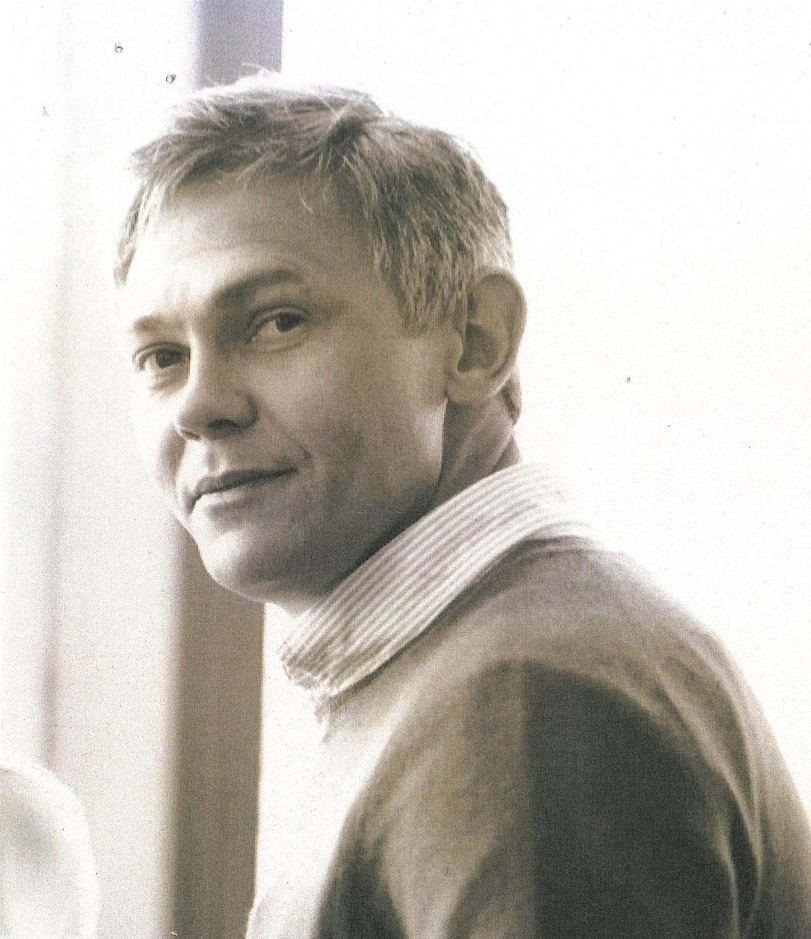 Stephanus Muller is a Professor at Stellenbosch University where he lectures in musicology and is the founder and Principal Investigator of Africa Open – Institute for Music, Research and Innovation that has developed from the Documentation Centre for Music (DOMUS).

He studied piano with Prof Joseph Stanford and Ms Marian Friedman and organ with Prof SC Zondagh at Pretoria University. He completed his BMus degree in performance in 1992 and studied musicology at Unisa with Prof Bernhard van der Linde and Prof Niel Geldenhuys. In 1998 he was awarded a MMus from Unisa and a Master of Studies from the University of Oxford. In 2001 he received his DPhil from Oxford for a thesis on South African music and identity politics written under the supervision of Prof Roger Parker. Before joining Stellenbosch in 2005, he lectured at the University of the Free State.

From 2004-2006 he was the Chairman of the Musicological Society of Southern Africa, and he currently serves on the Executive Committee of the South African Society for Research in Music in the capacity of co-editor of the societys journal. He has edited NewMusicSA and a guest issue of SAMUS on the music of Peter Klatzow. He is also the co-editor of A Composer in Africa: Essays on the Life and Work of Stefans Grové (2005) and Gender, Sexuality and Music in South Africa (2004). His acclaimed biographical fiction on the life and work of the composer Arnold van Wyk, Nagmusiek (2014), has been awarded the Jan Rabie-Rapport Book Prize for fiction, the kykNet-Rapport Book Prize for non-fiction as well as the Debut prize from the University of Johannesburg. 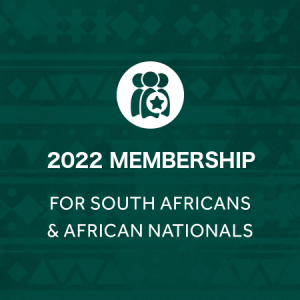